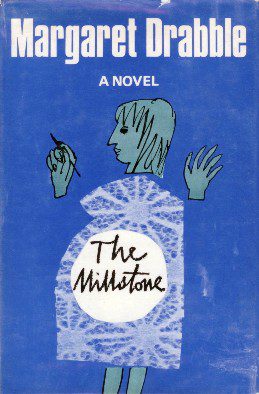 I had expected so little, really. I never expect much. I had been told of the ugliness of newborn children, of their red and wrinkled faces, their waxy covering, their emaciated limbs, their hairy cheeks, their piercing cries. All I can say is that mine was beautiful and in my defence I must add that others said she was beautiful too. She was not red nor even wrinkled, but palely soft, each feature delicately reposed in its right place, and she was not bald but adorned with thick, startling crop of black hair. One of the nurses fetched a brush and flattened it down and it covered her forehead, lying in a dense fringe that reached to her eyes. And her eyes, that seemed to see me and that looked into mine with deep gravity and charm, were a profound blue, the whites white with the gleam of alarming health. When they asked if they could have her back and put her back in her cradle for the night, I handed her over without reluctance, for the delight of holding her was too much for me, I felt as well as they that such pleasure should be regulated and rationed.