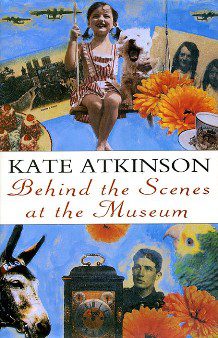 I exist! I am conceived to the chimes of midnight on the clock on the mantelpiece in the room across the hall. The clock once belonged to my great-grandmother (a woman called Alice) and its tired chime counts me into the world. I’m begun on the first stroke and finished on the last when my father rolls off my mother and is plunged into dreamless sleep, thanks to the five pints of John Smith’s Best Bitter he has drunk in the Punch Bowl with his friends, Walter and Bernard Belling. At the moment at which I moved from nothingness into being my mother was pretending to be asleep – as she often does at such moments. My father, however, is made of stern stuff and he didn’t let that put him off.

Kate Atkinson  ·  Behind the Scenes at the Museum