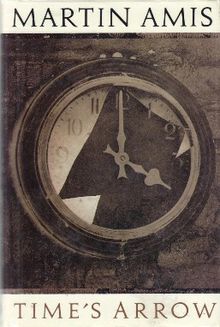 Just when Tod has established our relationship with Irene on a secure footing, the kind of set-up that any sane man would kill for, with her punctual visits and affectionate phone calls, the movies we enjoy together, the fine dining, the peace and safety (the forgiveness) that her presence confers, plus the exquisitely torpid lovemaking which takes place right on the button every couple of months or so, and reaching the stage, now, where I think we can tackle her, gently but firmly, about her untidiness around the house, because it’s best to get these things out in the open, not to let them rankle and fester, and so on – guess what. Tod has started fooling around. Yeah. With Gaynor. One Sunday afternoon we took a trancelike ride in the car out to Roxbury, and parked, and strolled the streets, and there she was, standing at her front door in a blue-dressing gown with her arms folded and with a look of amused reproach on her face. ‘You old bastard,’ she called out. But we got talking to her anyway. I didn’t think anything was up until we went inside. Tod, I wanted to say: don’t do this. The voice of conscience. It speaks in a whisper. Nobody hears it. One thing led to another – actually it was more like the other way round. After the initial lull we now go to Gaynor’s regularly, every other week. It’s called two-timing, or double-lifting, and that’s exactly how it feels. There is integrity-loss. On the other hand it’s a buzz physically, I admit, because our new friend has been around quite a bit longer than Irene. This little honey’s only fifty-four. But I’m upset. To be frank, I’m scandalized. Last week he went out with another one.

Martin Amis  ·  Time's Arrow: or The Nature of the Offence