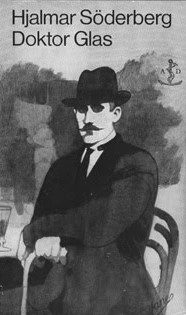 – Let us be honest with one another, Mr Gregorius, I began.

At this opening he jumped with fright.

– You have certainly not forgotten the conversation we had a couple of weeks ago, about your wife’s health. It is not my intention to put any awkward questions, as to how you’ve kept the agreement then reached. I will merely say, Vicar, that had I known then how your heart was, I could have adduced even stronger reasons for the advice I then permitted myself to give you. For your wife, it’s a question of her health, over a longer or shorter period. For you, it can easily be a question of your life.

He looked horrible as I spoke – a sort of colour came into his face, but nothing reddish, only green and mauve. I had to turn away, he was so dreadfully ugly to look at. I went over to the open window to get a breath of fresh air; but it was almost more oppressive outdoors than in.

– My prescription is clear and simple: it reads “separate bedrooms”. I remember you don’t like it, but that can’t be helped. For it isn’t only ultimate satisfaction which, in this case, involves a grave risk; it’s also important to avoid anything which can whet or excite your desires. – Yes, yes, I know what you’re going to say; that you’re an old man, and a clergyman to boot; but after all, I am a doctor, and I’ve the right to speak openly to a patient. And I don’t think I’m exceeding the bounds of what is reasonable if I point out that the constant propinquity of a young woman, particularly at nights, must have much the same effect on a clergyman as on any other mortal man. I’ve studied at Uppsala. I knew many theologians there. And I did not exactly gain the impression that theological studies were more efficient than others as a fire insurance for young bodies against this sort of outbreak. As for age – well, how old are you, sir? Fifty-seven; it’s a critical age. At your age desire is much the same as it ever was, – but satisfaction brings its revenges.