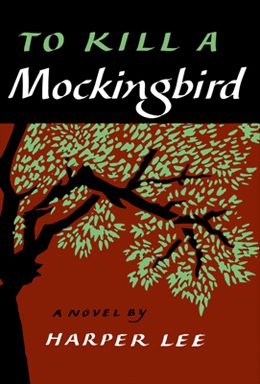 When I was almost six and Jem was nearly ten, our summertime boundaries (within calling distance of Calpurnia) were Mrs Henry Lafayette Dubose’s house two doors to the north of us, and the Radley place three doors to the south. We were never tempted to break them. The Radley place was inhabited by an unknown entity the mere description of whom was enough to make us behave for days on end; Mrs Dubose was plain hell.

That was the summer Dill came to us.

Early one morning as we were beginning our day’s play in the back yard, Jem and I heard something next door in Miss Rachel Haverford’s collard patch. We went to the wire fence to see if there was a puppy – Miss Rachel’s rat terrier was expecting – instead we found someone sitting looking at us. Sitting down, he wasn’t much higher than the collards. We stared at him until he spoke:

Harper Lee  ·  To Kill a Mockingbird