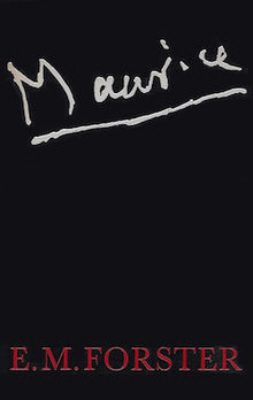 ‘Well, you’re an ignorant little beggar.’ They laughed. After a pause he said, ‘When I was your age, my father told me something that proved very useful and helped me a great deal.’ This was untrue: his father had never told him anything. But he needed a prelude to what he was going to say.

‘Shall I tell you what it was?’

‘I am going to talk to you for a few moments as if I were your father, Maurice! I shall call you by your real name.’ Then, very simply and kindly, he approached the mystery of sex. He spoke of male and female, created by God in the beginning in order that the earth might be peopled, and of the period when the male and female receive their powers. ‘You are just becoming a man now, Maurice; that is why I am telling you about this. It is not a thing that your mother can tell you, and you should not mention it to her nor to any lady, and if at your next school boys mention it to you, just shut them up; tell them you know. Have you heard about it before?’

Still smoking his pipe, Mr Ducie got up, and choosing a smooth piece of sand drew diagrams upon it with his walking-stick. ‘This will make it easier,’ he said to the boy, who watched dully: it bore no relation to his experiences. He was attentive, as was natural when he was the only one in the class, and he knew that the subject was serious and related to his own body. But he could not himself relate to it; it fell to pieces as soon as Mr Ducie put it together, like an impossible sum. In vain he tried. His torpid brain would not awake. Puberty was there, but not intelligence, and manhood was stealing on him, as it always must, in a trance. Useless to break in upon that trance. Useless to describe it, however scientifically and sympathetically. The boy assents and is dragged back into sleep, not to be enticed there before his hour.