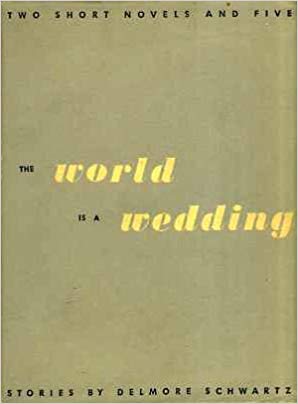 Late in the afternoon in October, as Shenandoah rewrote a poem, Mrs. Baumann’s voice had come through the closed bedroom door. And he had been annoyed because he now had to come from his room, pale and abstracted, his mind elsewhere, to greet his mother’s friends. It turned out that Mrs. Baumann had come with a friend, a woman of her own age, and when Shenandoah entered the living room, Mrs. Baumann, as voluble as Mrs. Fish, told Shenandoah in a rush the story of her friendship with this woman.

They had come to America on the same boat in the year 1888, and this made them ship sisters. And then, although their friendship had continued for some years, one day at a picnic of the old country’s society, a sudden storm had disturbed the summer afternoon, everyone had run for cover, and they had not seen each other for the next nineteen years. And Mrs. Baumann seemed to feel that the summer thunderstorm had somehow been the reason for their long and unmotivated separation. The two old women drank tea and continued to tell the youthful author about their lives and how they felt about their lives; Shenandoah was suddenly relaxed and empty, now that he had stopped writing; he listened to them and drank tea too. Mrs. Bauman told Shenandoah that in her sixty-five years of life she had known perhaps as many as a thousand human beings fairly well, and when she tried to sleep at night, their faces came back to her so clearly that she believed she could draw their faces, if she were a painter. She was sickened and horrified by this plenitude of memory, although it was wholly clear why she found the past appalling. Yet these faces kept her from falling asleep very often, and consequently she was pleased and relieved to hear the milkman’s wagon, which meant that soon the darkness would end and she would get up, make breakfast for her family and return to the world of daylight. Mrs. Baumann felt that perhaps she ought to see a psychoanalyst, like Freud, to find out what was wrong with her.