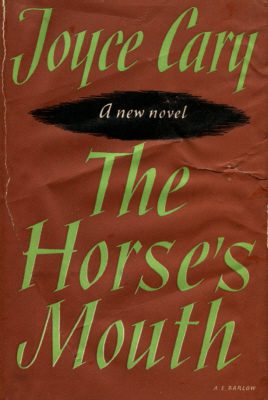 I hadn’t meant to say anything about burning Hickson’s house down. Now, when I say anything like that, about shooting a man or cutting his tripes out, even in joke, I often get angry with him. And anything like bad temper is bad for me. It spoils my equanimity. It blocks up my imagination. It makes me stupid so that I can’t see straight. But luckily, I noticed it in time. Cool off, I said to myself. Don’t get rattled off your centre. Remember that Hickson is an old man. He’s nervous and tired of worry. That’s his trouble, worry. Poor old chap, it’s ruining any happiness he’s got left. He simply don’t know what to do. He sends you to jug and it makes him miserable, and soon as you come out you start on him again. And he’s afraid that if he gives you any money, you’ll come after him more than ever and fairly worry him death. Simply daren’t trust you. He’s wrong, but there it is. That’s his point of view. He daren’t do the right thing and the wrong thing gives him no peace. Poor old chap. It’s an awful problem for a poor old bastard that let down his guts about forty years ago, and has rolled in comfort all his life.

And I was so calm, that when I felt my pulse, it barely touched seventy-eight. Pretty good for a man of sixty-seven.