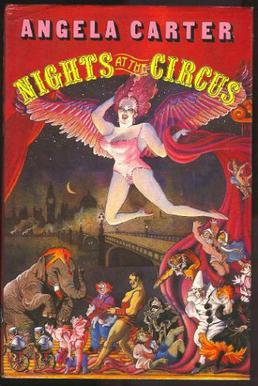 His name was Jack Walser. Himself, he hailed from California, from the other side of the world all of whose four corners he had knocked about for most of his five-and-twenty summers – a picaresque career which rubbed off his own rough edges; now he boasts the smoothest of manners and you would see in his appearance nothing of the scapegrace urchin who, long ago, stowed away on a steamer bound from ‘Frisco to Shanghai. In the course of his adventuring, he discovered in himself a talent with words, and an even greater aptitude for finding himself in the right place at the right time. So he stumbled upon his profession, and, at this time in his life, he filed copy to a New York newspaper for a living, so he could travel wherever he pleased whilst retaining the privileged irresponsibility of the journalist, the professional necessity to see and believe nothing which cheerfully combined, in Walser’s personality, with a characteristically American generosity towards the brazen lie. His avocation suited him right down to the ground on which he took good care to keep his feet. Call him Ishmael with an expense account, and, besides, a thatch of unruly flaxen hair, a ruddy, pleasant, square-jawed face and eyes the cool grey of scepticism.

Yet there remained something a little unfinished about him, still. He was like a handsome house that has been let, furnished. There were scarcely any of those little, what you might call personal touches to his personality, as if his habit of suspending belief extended even unto his own being. I say he had a propensity for ‘finding himself in the right place at the right time’; yet it was almost as if he himself were an objet trouve, for, subjectively, himself, he never found, since it was not his self which he sought.

Angela Carter  ·  Nights at the Circus