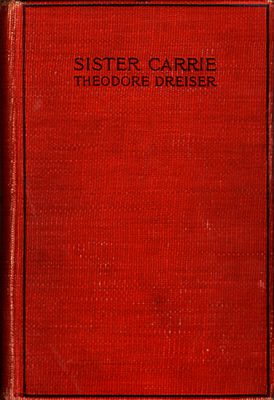 When a girl leaves her home at eighteen, she does one of two things. Either she falls into saving hands and becomes better, or she rapidly assumes the cosmopolitan standard of virtue and becomes worse. Of an intermediate balance, under the circumstances, there is no possibility. The city has its cunning wiles, no less than the infinitely smaller and more human tempter. There are large forces which allure with all the soulfulness of expression possible in the most cultured human. The gleam of a thousand lights is often as effective as the persuasive light in a wooing and fascinating eye. Half the undoing of the unsophisticated and natural mind is accomplished by forces wholly superhuman. A blare of sound, a roar of life, a vast array of human hives, appeal to the astonished senses in equivocal terms. Without a counsellor at hand to whisper cautious interpretations, what falsehoods may not these things breathe into the unguarded ear! Unrecognised for what they are, their beauty, like music, too often relaxes, then weakens, then perverts the simpler human perceptions.

Caroline, or Sister Carrie, as she had been half affectionately termed by the family, was possessed of a mind rudimentary in its power of observation and analysis. Self-interest with her was high, but not strong. It was, nevertheless, her guiding characteristic. Warm with the fancies of youth, pretty with the insipid prettiness of the formative period, possessed of a figure promising eventual shapeliness and an eye alight with certain native intelligence, she was a fair example of the middle American class—two generations removed from the emigrant. Books were beyond her interest—knowledge a sealed book. In the intuitive graces she was still crude. She could scarcely toss her head gracefully. Her hands were almost ineffectual. The feet, though small, were set flatly. And yet she was interested in her charms, quick to understand the keener pleasures of life, ambitious to gain in material things. A half-equipped little knight she was, venturing to reconnoitre the mysterious city and dreaming wild dreams of some vague, far-off supremacy, which should make it prey and subject—the proper penitent, grovelling at a woman’s slipper.