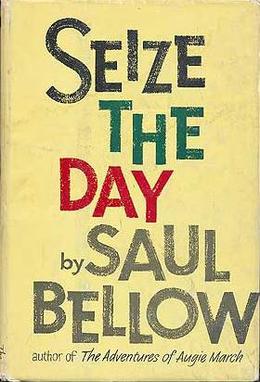 He was a little tired. The spirit, the peculiar burden of his existence lay upon him like an accretion, a load, a hump. In any moment of quiet, when sheer fatigue prevented him from struggling, he was apt to feel this mysterious weight, this growth or collection of nameless things which it was the business of his life to carry about. That must be what a man was for. This large, odd, excited, fleshy, blond, abrupt personality named Wilhelm, or Tommy, was here, present, in the present – Dr. Tamkin had been putting into his mind many suggestions about the present moment, the here and now – this Wilky, or Tommy Wilhelm, forty-four years old, father of two sons, at present living in the Hotel Gloriana, was assigned to be the carrier of a load which was his own self, his characteristic self. There was no figure or estimate for the value of this load. But it is probably exaggerated by the subject, T. W. Who is a visionary sort of animal. Who has to believe that he can know why he exists. Though he has never seriously tried to find out why.