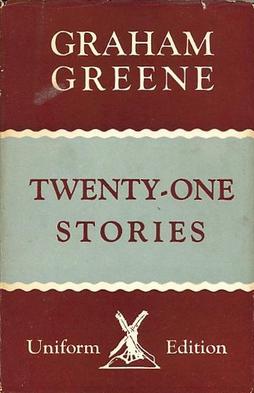 When the front door had shut the two of them out and the butler Baines had turned back into the dark and heavy hall, Philip began to live. He stood in front of the nursery door, listening until he heard the engine of the taxi die out along the street. His parents were safely gone for a fortnight’s holiday; he was “between nurses,” one dismissed and the other not arrived; he was alone in the great Belgravia house with Baines and Mrs. Baines.

He could go anywhere, even through the green baize door to the pantry or down the stairs to the basement living-room. He felt a stranger in his home because he could go into any room and all the rooms were empty.

You could only guess who had once occupied them: the rack of pipes in the smoking-room beside the elephant tusks, the carved wood tobacco jar; in the bedroom the pink hangings and pale perfumes and the three-quarter-finished jars of cream which Mrs Baines had not yet cleared away; the high glaze on the never-opened piano in the drawing-room, the china clock, the silly little tables and the silver: but here Mrs Baines was already busy, pulling down the curtains, covering the chairs in dust-sheets.

‘Be off out of here, Master Philip,’ and she looked at him with her hateful peevish eyes, while she moved round, getting everything in order, meticulous and loveless and doing her duty.

Philip Lane went downstairs and pushed at the baize door; he looked into the pantry, but Baines was not there; then he set foot for the first time on the stairs to the basement. Again he had the sense: this is life. All his seven nursery years vibrated with the strange, the new experience. His crowded busy brain was like a city which feels the earth tremble at a distant earthquake shock. He was apprehensive, but he was happier than he had ever been. Everything was more important than before.