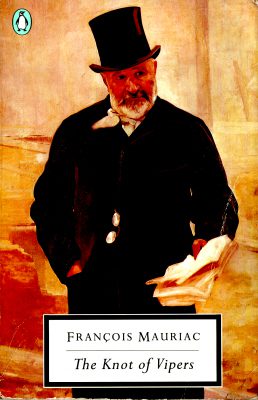 She lost no time in coming to the point. “I wanted to have a word with you about Phili.”

She was trembling. It’s horrible to know that one’s children are frightened of one. But at sixty-eight a man’s not free to decide whether he shall seem unapproachable or not. By that age the general cast of our features is set, and the heart, when it finds that it can no longer give expression to its feelings, grows discouraged… Geneviève  had decided what she wanted to say, and out it all came in a rush. … It had to do, as I had expected, with Phili’s buying a share in a Broker’s firm. She stressed the one point of all others best calculated to antagonize me – the fact that Phili’s having nothing to do was a constant threat to Janine’s married happiness. He was beginning to stray from the domestic hearth. I told her that a share in a Broker’s firm would merely serve to supply a man like her son-in-law with convenient alibis. She stood up for him. Phili was universally popular. Why should I be harder on him than Janine was? … I protested that I neither judged nor condemned him, that I took not the slightest interest in his love-life.

“He admires you enormously.”

This impudent lie gave me the chance to trot out what I was keeping up my sleeve.

“That’s as may be, my dear, but it doesn’t prevent you precious Phili from referring to me as the ‘old crocodile.’ It’s no good denying it. Many’s the time I’ve heard him say it behind my back … and I’ve no wish to deny the imputation: crocodile I am, and crocodile I shall remain. There’s nothing to hope for an old crocodile – except his death. And even when he’s dead” – I was foolish enough to add – “even when he’s dead, he can still be up to his old tricks.” (I’m sorry I said that: it only aroused her suspicions.)

François Mauriac  ·  The Knot of Vipers