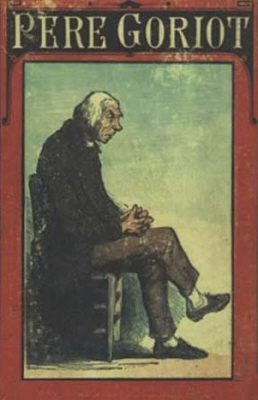 Such a gathering contained, as might have been expected, the elements out of which a complete society might be constructed. And, as in a school, as in the world itself, there was among the eighteen men and women who met round the dinner table a poor creature, despised by all the others, condemned to be the butt of all their jokes. At the beginning of Eugene de Rastignac’s second twelvemonth, this figure suddenly started out into bold relief against the background of human forms and faces among which the law student was yet to live for another two years to come. This laughing-stock was the retired vermicelli-merchant, Father Goriot, upon whose face a painter, like the historian, would have concentrated all the light in his picture.

How had it come about that the boarders regarded him with a half-malignant contempt? Why did they subject the oldest among their number to a kind of persecution, in which there was mingled some pity, but no respect for his misfortunes? Had he brought it on himself by some eccentricity or absurdity, which is less easily forgiven or forgotten than more serious defects? The question strikes at the root of many a social injustice. Perhaps it is only human nature to inflict suffering on anything that will endure suffering, whether by reason of its genuine humility, or indifference, or sheer helplessness. Do we not, one and all, like to feel our strength even at the expense of some one or of something? The poorest sample of humanity, the street arab, will pull the bell handle at every street door in bitter weather, and scramble up to write his name on the unsullied marble of a monument.

In the year 1813, at the age of sixty-nine or thereabouts, “Father Goriot” had sold his business and retired—to Mme. Vauquer’s boarding house.