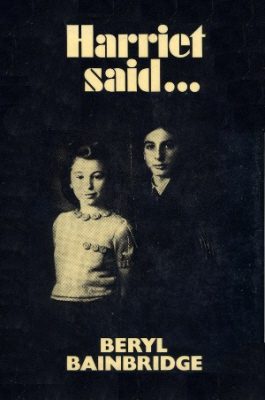 I looked at Harriet’s hands as they lay in her lap and thankfully they were loose and inert.

‘I often think,’ she said quietly, looking at her idle hands, ‘that we’ve passed the best bit in ourselves.’

She looked at me almost pleadingly.

‘I mean we’ll never be as good or clever as we have been. We start going back again now.’

I wished Harriet would not tell me such things. I had such belief in her and faith, that whatever she told me I accepted utterly, and most of the things she made me believe nowadays were painful. It seemed dreadful that at thirteen I had reached my best, that I could never be any better.

‘But you said it would be wonderful when we were older. You promised that we’d be full of truth with all the experiences, and see beautiful things. You promised, Harriet.’

But all the time I felt it was true. I would never be better than I had been, all my life.

Harriet began to laugh, but affectionately.

‘You look so sad, as if you hadn’t known it all the time. Who’d going to have a pony after the war?’

I had to laugh. That was a great joke. During the war our parents had told us, ‘After the war I’ll buy you a pony.’ The war had been over a long time now and the ponies had never been mentioned again. It was because our parents wanted us to believe everything was going to be all right that they had promised such a thing. And now, whenever we yearned, half-unbelievingly, after the unattainable, we teased ourselves and used the mythical pony as a symbol of all impossible things.