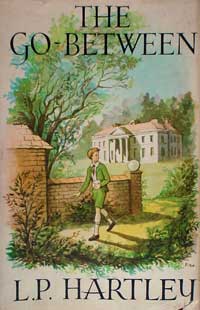 The year 1900 had an almost mystical appeal for me; I could hardly wait for it: ‘Nineteen hundred, nineteen hundred,’ I would chant to myself in rapture; and as the old century drew to its close, I began to wonder whether I should live to see its successor. I had an excuse for this: I had been ill and was acquainted with the idea of death; but much more it was the fear of missing something infinitely precious – the dawn of a Golden Age. For that was what I believed the coming century would be: the realization, on the part of the whole world, of the hopes I was entertaining for myself.

The diary was a Christmas present from my mother, to whom I had confided some, though by no means all, of my aspirations for the future, and she wanted its dates to be worthily enshrined.

In my zodiacal fantasies there was one jarring note, to which, when I indulged them, I tried not to listen, for it flawed the experience. This was my own role in it.

My birthday fell in late July and I had an additional reason, an excellent one, though I should have been loath to mention it at school, for claiming the Lion as my symbol. But much as I admired him and what he stood for, I could not identify myself with him, because of late I had lost the faculty which, like other children, I had once revelled in, of pretending that I was an animal. A term and a half at school had helped to bring about this disability in my imagination; but it was also a natural change. I was between twelve and thirteen, and I wanted to think of myself as a man.